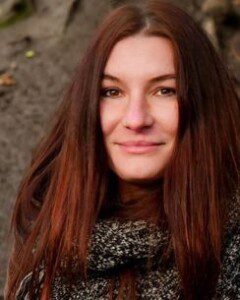 *Content warning: This blog includes references to family trauma and grief for a child*

Everyone held their breath as the mum described the unimaginable sorrow that engulfed her family after her teenage son’s death.

She had come to speak at our school in Lithuania as her son who’d been killed had been a classmate. The mum was joined on the day by our country’s president who had come to offer his condolences to the family and to those of us who had known the 17-year-old boy. We were also given the chance to speak and ask questions.

But I will never forget the emotional intensity I felt as the mum spoke of the impact of her son’s death. She addressed the president in the room and also spoke with a message to the person who caused her son’s death who wasn’t there and explained how the justice process had affected her.

Her words were powerful but weren’t calling for answers. There was no rational reason she could be given for what had happened that could bring her any comfort – but she insisted on being heard.

As I listened to the mum I had so many questions in my head around how it could be possible to rebuild your life in the aftermath of such tragedy and loss. I wondered how someone could live with such immense trauma and pain. I didn’t know back then – that the mum speaking out was a form of restorative justice in action.

And little did I know that 16 years later I would be in Scotland and learning through my work about the ways of addressing harm caused to people and how a safe space can be provided for unearthing much needed answers.

For the past few months I have been supporting the delivery of the initial test project for the restorative justice service development across Scotland. For those who are new to the concept just as I was not so long ago, I would define restorative justice as a voluntary and consent-based process, offering contact between someone who has experienced harm and the person responsible.

The approach involves many forms of communication dependant on what is best for the parties involved. The planned and structured dialogue is delivered by specially trained facilitators and only after a careful and robust risk assessment. But it is a parallel process to the criminal justice system, not a replacement. Restorative justice does not impact a justice outcome in any shape or form.

Although there are plenty of descriptions out there explaining what restorative justice is and what it does, for me its value lies in giving a choice and a voice to survivors, empowering them to decide what they need in order to open the inner path towards self-healing and gaining closure.

It speaks to people’s intrinsic need to be heard and understood, and gives back control to their lives. This subsequently enables them to reconnect with the world and start anew. This process also has evidence-based benefits for those who cause harm. It can help them understand the impact of their actions, leading to less offending. And it can contribute to building social cohesion when they return to their families and communities.

The path to a successful delivery of high quality restorative justice services has many obstacles. There are still some misconceptions about how the service actually operates. Communication around the development of these processes is nuanced and complicated yet essential to aid understanding.

Giants must be battled if we are to change the chain reaction of offending, move forwards positively and constructively in search of a regenerative future in the ever-changing world.

Restorative justice urges us to open our eyes, ears and hearts and carries a hopeful message. I too have hope and trust that armed with knowledge and a more outward-focused approach to the vast terrain of lived experience, we can harness restorative power. With it we can cultivate empathy and build the sustainable, community-minded society we all want to live in. In the words of the famous pioneering scientist Marie Curie: ‘Nothing in life is to be feared, it is only to be understood. Now is the time to understand more, so that we may fear less’.