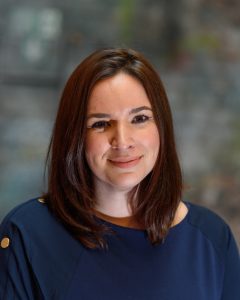 I’ll never forget the woman who wanted to meet the stranger who’d broken into her home and assaulted her in front of her young son.

She didn’t want an apology. She wanted justice. And justice in her eyes was to ‘change the memory card’. To be the first to turn and walk away from him and their meeting; to erase the memory of the back of his head as he left her home that night.

He didn’t apologise but she hadn’t expected him to, and she wasn’t seeking that from their meeting. She was transformed by the experience and it gave her back her life.

This is the power of restorative justice in action. It’s an approach that supports a person who has experienced harm to meet the person who caused that harm, to find a shared, agreed resolution.

It’s been used informally to resolve conflicts for centuries, but it wasn’t until the 1970s that the term was used in reference to mediation or reconciliation.

Whereas the justice system determines whether a crime has been committed, restorative justice addresses the harm caused by offending.

It begins with either the person harmed or the person who harmed them expressing an interest in the process and what they need from taking part. Both sides must agree, voluntarily, to take part and a process of investigation, support and discussion assesses suitability.

Even if someone doesn’t admit to a crime as defined in law, they may still admit to having caused someone harm through their actions and behaviours.

This may mean a restorative approach still has value when you take into consideration what the person who has been harmed desires as an outcome.

Many people assume restorative justice is about getting an apology – but that’s not necessarily the case. The approach is led and designed by a specially-trained facilitator to achieve whatever outcomes are agreed prior to the meeting, and this must be managed within the expectations of both parties.  For some, no apology in the world could make up for the harm someone has suffered. The outcome of restorative justice can still help reduce trauma, improve wellbeing and a sense of peace.

Although some research points to restorative justice helping to reduce offending the biggest benefits are to reducing trauma for those harmed by offending.

It’s an approach that focuses on long-term health and wellbeing.

But it’s important to be aware and sensitive to what people bring into the room with them during the process so that they don’t suffer further trauma. Everyone experiences harm differently because of their past and present circumstances, and so needs a different approach and outcome within a justice context.

There are no limits to the use of restorative justice beyond an individual’s needs and desired outcomes.  It’s been used in different ways from a project for young people in Shetland making arts and crafts for those they have harmed, through to its use in non-violent conflict resolution in Northern Ireland and parts of Africa in the aftermath of genocide.

At Community Justice Scotland we’ve worked with the Scottish Government on the Restorative Justice Action Plan to support greater access to consistent and effective restorative justice. Our work continues with implementing the plan and training others to work in this field in all areas of the current justice system.

It’s an important way to give a voice to victims in the justice system and helps individuals and communities work through the real impacts of harm.

Our Talking Justice blog series brings together reflections from across our society. We are committed to changing the conversation about justice, increasing understanding and support for what will make Scotland better for all of us. To that end, we have have created a resource that maps out the Scottish justice system. This has been developed into an interactive digital tool: Navigating Scotland’s Justice System.