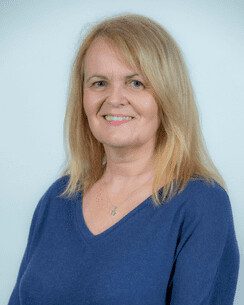 Laura is Community Justice Scotland’s Head of Policy & Improvement. Previously Head of Policy at CJS she also took over line management responsibility for the Improvement function in November 2020. Prior to working for CJS Laura worked for the Convention of Scottish Local Authorities (COSLA) since 2011. Initially a Policy Manager she became Development Manager for Community Justice in 2014 where she led work on preparing statutory partners and stakeholders for the transition to the new model of community justice. During this period she was seconded to work with Scottish Government’s Community Justice Division where she led the Transition Workstream for the new model of community justice.

Laura has a significant experience in a range of public policy and delivery roles and has worked in local authorities in Scotland and England, primarily on partnership working, strategy development and policy implementation. She set up and ran up a multi-agency regional partnership office in Brussels, working closely with the EU institutions and other stakeholders to influence EU policy and to secure funding to support trans-national initiatives aimed at promoting social inclusion and environmental improvement. She has been involved in many national working groups aimed at improving outcomes for people, including co-chairing with Scottish Government the Design & Implementation Group for the Scottish Welfare Fund.

LATEST:
FACT-FINDING IN FINLAND: A SEARCH FOR SMART JUSTICE