The Scottish Government has announced measures to help ensure the justice system can operate effectively due to the impact of the coronavirus pandemic.

It would mean the backlog of unpaid work hours in existing community payback orders could be reduced by 35% with the exception of those imposed for domestic abuse, sexual offences, or stalking – although the majority of sentences will be successfully served. We speak to one man who knows first-hand the benefits of community sentences.

Malcolm ‘Malky’ Paul believes everyone deserves a second chance – and he’s made the most of his. He’s spent time in prison and also served a community sentence after his life spiralled out of control through drink and drugs when he was in his early 20s.

But after turning his life around and freeing himself of his addictions he is now a Health in Mind peer support co-ordinator for people who’ve been sentenced to carry out unpaid work in the community as well as helping others dealing with mental health and substance misuse. Watch Malky’s ‘Second Chancers’ story.

“No one wakes up and decides to be a criminal. For me the addiction and criminality went hand-in-hand. I was always drinking and due to traumatic experiences I’d been through, I hadn’t dealt with issues.”

Malky, now 43, from Midlothian, carried out 240 hours of unpaid work in the community.  The work involved painting homeless accommodation and helping move furniture.

“Unpaid work in the community is not a soft option. I think prisons are an easier option. But it’s just hiding people away and not dealing with the issues. That’s not going to help stop them reoffending. I understand there will be certain crimes where people need to be locked up but for many others I think work in the community is better than a short prison sentence.

“Now I can really see how it can transform lives as I work alongside the unpaid work team in Midlothian and see how they want to give back to the community. Giving people short sentences and putting them in prison does more harm than good. Putting them around other prisoners where the peer pressure is pretty hard to stay in that world can affect them in the longer term.

“But if you’re putting them in the community, giving them skills, helping them deal with issues and showing them it doesn’t have to be the criminal way of course it’s going to lower offending.”

Midlothian unpaid squads have continued to deliver projects during the pandemic from making masks to transporting food parcels. But the Chief Medical Officer is now recommending face-to-face unpaid work be suspended in council areas under enhanced level four stay-at-home restrictions.

Now there’s a plan for the backlog of unpaid work hours to be reduced. 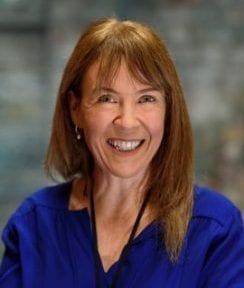 “A Community Payback Order – or unpaid work – takes place in communities across Scotland and allows people to settle their debt to society. It keeps people in the community, in jobs and connected to family and support networks.

“During these extraordinary times, essential public health restrictions have resulted in some incredibly tough decisions to keep people and our communities safe. This measure demonstrates a clear commitment to public safety and the well-being of our dedicated justice workforce who have continued to support people and supervise projects since the beginning of the pandemic.

“Communities have benefitted from around 8 million hours of unpaid work carried out by people serving community sentences since 2011. Unpaid work projects across Scotland have continued to transform outdoor spaces and provide critical support to communities, such as transporting food parcels to the vulnerable, when and where it’s been safe to do so.”

We have produced this handy graphic (click to enlarge) to demonstrate the benefits of unpaid work being carried out before, and throughout the pandemic: 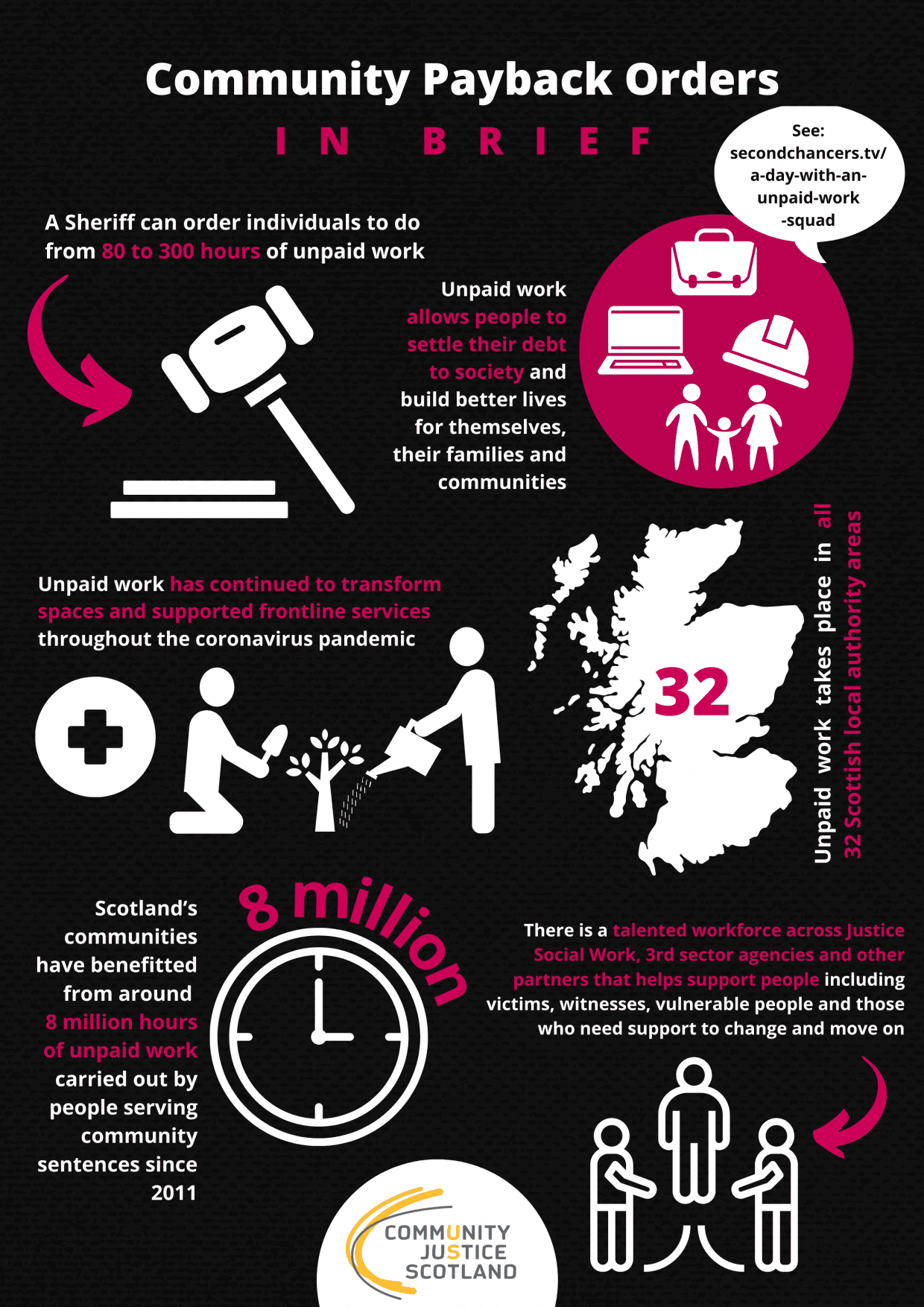