The impact of addiction stretches far further than the person hooked on drugs or alcohol.

Recent figures have revealed 1,339 people died of drug misuse in the country in 2020 – the largest number of drug-related deaths since records began in 1996. But addiction doesn’t have to mean a death sentence.

Siblings *Brian, 43 and *Claire, 39, from Ayrshire, share their story of hope after their family was ripped apart by Brian’s 20-year addiction to heroin. He could have become one of those statistics – but instead they’re back together now he’s in recovery. 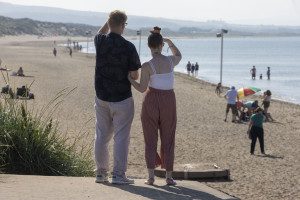 I came from a nice family-orientated background. l ain’t special, in any way.

l have no one to blame for my addiction except myself. I don’t have that luxury, that curse. I chose to do drugs, mainly from boredom and experimentation.

Nowhere in my upbringing is the key to why l spent two decades enslaved to heroin and not giving any thought to my family or friends, who l know l hurt in some horrific ways.

The drugs had taken such a grip on me that l had very little to no control over my actions. That explains my actions even though it doesn’t excuse them. Try to hate the addiction, not the addict.

I’m lucky enough to have my family back, to be building new relationships with people. Around 15 people I used to run around with have died in the last three years. I’ve overdosed a few times – the fact I’m still here is a miracle.

When I was first offered heroin by one of my best friends who called it “kit” I had no idea what it was.  He was no longer my friend. He wanted another source of income as I’d have to go to him to get it.

He said, “Try this, you’ll love it”. I tried it and l did love it. Well it loved me, and from that first taste, that first moment, l lost over 20 years of my life to heroin.

After a couple of months you don’t take it to get high any more you take it to function normally.

I started as a weekend warrior – someone who used drugs at weekends. Then it took over more and more and I became a user. Then I became an addict. Then a junkie who would sell their soul for the next fix.

Long term isn’t a word in an addict’s vocabulary. Living till tomorrow is the most we can hope for and for a heroin addict, it’s 12 hours. Once you use, you have around 12 hours, at most, until you need to use again. You have 12 hours until you feel like your whole body is in flames, like you’re dying but something’s not letting you.

I probably spent £300,000 in one year on drugs paid for by cash in hand bar work and criminal activities.

Jail never worked for me, in fact l don’t think short term sentences work for addicts at all. You go in an addict and even if you manage to get clean inside, you still have the addict’s mentality. Your body is clean, but your mind isn’t. From my first sentence l would only think about getting out and getting a hit again. I did detox, but through every pain filled moment, the only thought that helped me keep going, was the thought of that first charge.

One time, l was libbed (liberated from custody) at 9am and by 9.05am I was in a car smoking heroin.

The turning point came when my mum had a stroke and I realised I wouldn’t forgive myself if I lost a loved one while I was still on drugs.

I’d been in and out of jail a couple of times but always came out an addict. So the next time I appeared in court I asked the sheriff if I could have a Drug Treatment and Testing Order (DTTO) which saved my life. It meant regular drugs tests and a Methadone prescription. With this community sentence it meant I could get drugs – but I had to choose not to which made a difference.

If you get addicted to drugs you commit criminal offences because of that. It should be classed as a health issue rather than a criminal one so that people can get the right help and support.

I know how hard the road is but there are people who can help and I want to encourage people to ask for it. The only person stopping you leaving all this behind, is you. But you are not alone. I know how scary it must be for people – but I want to give them hope.

If I can help one person then the last 20 years of my life wasn’t a waste. 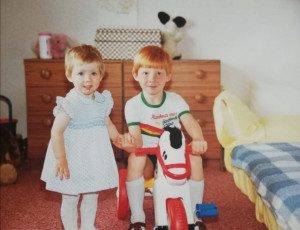 I was only 16 when I first discovered my brother Brian took heroin. I’d lived a very sheltered life and it was something I was never around.

I can remember him stealing and lying. He looked at people like walking cash machines.

I honestly couldn’t begin to come up with a figure as to how much money was stolen over the years or how much was spent between paying off dealers or trying to get him “clean” by sending him to rehab after rehab which always ended up the same – him still being addicted to, and continuously using, heroin.

Lots of times I can remember my mum sitting up through the night with him while he went through the withdrawals only to just get straight back on it again.

My mum came home unexpectedly at lunchtime once and he was sitting at the front door trying to sell our TV.

Four years ago things appeared okay again – but then he stole my son’s iPad to pay his dealer and that was the final straw for me. I broke all contact and although I missed him I knew he was no longer in control of his life. In fact I don’t think he was ever in control once he started down that path of taking heroin. I realised at that point that I no longer had my big brother.

Then my mum received a Mother’s Day card in 2019 with a message inside saying that he was completely off everything and was sorry about everything he had put us all through. We all arranged to meet for coffee.

When he turned up he looked so clean and tidy, his clothes smelling fresh out the washing machine. It was at that point I actually for once felt that this could actually be true and it really was the best feeling in the whole world.

He told us he’d been in and out of jail for shoplifting and other drug offences but was now signed up to a Drug Treatment and Testing Order (DTTO). He would often come to mum and dad’s for dinner or stay overnight. 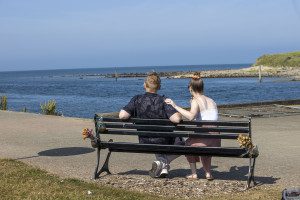 Christmas 2019 was the first time we were all together again and I remember feeling so happy and very emotional as both our parents are in their mid-70s and I kept thinking how Mum must have thought she would never live to see the day that he was finally free from heroin and she had her boy back again.

I don’t regret cutting him off. Maybe it gave him the push he needed. People can change – but they have to want to do it and it’s not easy. We’ve all had great support from Making a Difference group in Ayrshire who realise addiction affects so many others beyond the individual.

I am extremely proud of Brian for working so hard to get to where he is although I do know had it not been for the sheer support of all involved in his recovery I may not have been able to have my big brother back again.

* names have been changed