“Burying your head in the sand does not make you invisible, it only leads to suffocation” Wayne Gerard Trotman

Debt is a word I’ve always known. From as young as I can remember, I used to be sent to the door to tell the Provie wuman (provident loans) or Shopacheck or whoever my mum didn’t want to answer the door to that day, that she wasn’t in.

I knew it was a lie and I’m pretty sure the person on the other side of the door didn’t believe I was at home by myself.

I remember throughout my life hearing phrases like “I’m in debt up to ma eyeballs” or “I’m on the bread line” or “money doesn’t grow on trees”. As a child I didn’t know what it meant – I imagined walking by a tree that had money hanging off it – so it was no doubt inevitable that I would find myself in similar situations as an adult.

I didn’t learn how to budget money, growing up I rarely had money to feed myself and I didn’t realise that borrowing money that you couldn’t afford would never go away. I guess it was just another part of normality, growing up the way I did.

I remember when I got my flat in the high risers in the Gorbals in Glasgow after staying in hostels and homeless accommodation for years. I got a job working in a café with my cousin and I started working as an industrial cleaner for a construction company and I was making decent money for an 18-year-old. I was paying my rent and bills and I had some money left over to do me until my next wage. Looking back, I was happy, I was settled, and I had a bit of stability for the first time in my life.

It didn’t last long. After a few months of being settled I found myself in a bad relationship. He had a cocaine habit and, looking back, I don’t know how I was so stupid but I thought I loved him and so my wages went on bailing him out. I was behind on my rent and missing work because some days he wouldn’t let me out the house. My mobile phone was cut off and before I knew it I had a credit card and things quickly spiralled out of control. 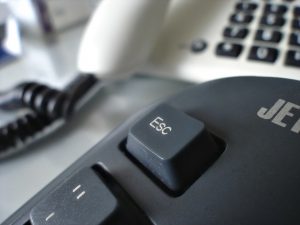 I became the one burying my head in the sand, wishing my problems away. The next five years were chaotic – I drifted through life. Things went from bad to worse until at 22 I found out I was pregnant. I started to rebuild my life and applied to do a hairdressing course. I wanted so badly to be a good mum and give my child a good life. I moved into a new area and, to be honest, I never gave the debt I had stacked up another thought. My full attention was on my unborn child.

After a few years I was stable and doing well but then I ended up in another bad relationship and in trouble with the police again. I got a supervision order. But I vowed that this was the last time – that no matter what it took, I had to get help. I had to find the answers as to why I was so troubled and I had to get my **** in gear or I was going to repeat history with my child and that was not a option for me.

I finally got the help I needed, I started working and I got an education. it was then that the debt letters started coming. I knew that if I wanted a stable future for my child then I had to do something about it. So, I signed up for a trust deed and in four years’ time I will be debt free.

Well, that was the plan. In June 2017 I lost my job due to funding cuts and I fell behind on the trust deed payments. The company have been amazing; they have put a hold on the payments until I find full time work again. But it doesn’t stop the worrying, especially when I struggle to find work because of my convictions.

What I have learned is that, if you talk to people and don’t hide or run away from your problems, when you face up to the reality of what’s going on then things don’t spiral out of control. A problem shared really is a problem halved.

When I was asked to write these blogs about my experiences a friend gave me an old laptop and I had to subscribe to a Microsoft office package as I couldn’t afford to buy it – £7.99 per month. I clicked send and I was all set up and I started using the software. I was on a high, as writing has not only became therapeutic to me, but I feel as if I have found another passion of mine. I didn’t do well in school and I only learned how to use a computer at a community learning course but, regardless, I wanted to get my story out there as an example of how people can change – and if that meant that I had to budget a bit more than usual then the £7.99 was worth it.

Later that day I went to the shop and my card was declined. I panicked and when I checked my online banking I realised that Microsoft had taken ten payments of £7.99. That was nearly £80 out of my £120 a fortnight job seekers allowance. I instantly started to worry; how was I going to buy food for myself and wee boy? How was I going to pay his lunch money, pay for gas and electricity? how could I be so stupid? I was overwhelmed with worry, but I reached out to someone and they advised me to call Microsoft and thankfully I got the money back.

The point in writing this blog is that to most people £7.99 is not a lot of money. If people buy a computer then they would buy the software and not have to worry about buying cheaper food that week or cutting out items from your shopping list. I’ve became a professional at budgeting the little money I have. I constantly have “mum guilt” because I can’t get my wee boy things he wants or feel like I’m failing him because I can’t find a steady job.

Going to bed on a empty stomach is the norm for me because, before anything else, I make sure my wee boy is healthy, with a good diet and that he has warm clothes and his ever-out-grown school uniforms are replaced.

Scrimping and scraping by, it’s hard not to feel worthless at times but I don’t have another option. I won’t borrow money; I won’t be tempted by credit agreements or buy now pay later.

I do what I must do, and I know there are millions of people out here the same as me and people much worse off. It’s hard at times, but I know this isn’t forever. I know this is another chapter in my life and I know things will get better.

Turning your life around is all about learning how to live a different life to the one you were living For me, it’s not just about changing yourself and unlearning everything you once knew; it’s accepting responsibility. It’s not being scared to answer the door or open letters to find final warnings.

To me, it’s about tackling the problem there and then – pretending won’t make your life any easier nor does hiding.

Keeping hope and staying positive in hopeless situations helps and knowing that all the little steps you take today will ensure you have a better future tomorrow.