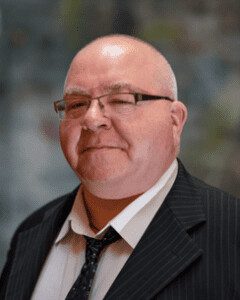 The Scottish Government has published a revised National Strategy for Community Justice to build on progress made and provide a roadmap for future improvements. Community Justice Scotland’s specialist advisor Keith Gardner explains why this is an important opportunity for a change for the better

Change shouldn’t just be about doing something differently – it should be about improving the way you do things.

US General James Van Fleet summed it up when he said: “I’m always willing to accept change, just as long as it isn’t change for the sake of change. If that change will result in a better way of doing things, then I’m all for it.”

When it comes to the Scottish justice system it is not difficult to identify the problems, for example, a high prison population (and particularly those on remand awaiting trial), the varying use of community-based sentences, etc. But how do we make the system better for those whose lives are impacted by it?

The vast majority of people affected by the justice system in Scotland are not found in the courts or in the prisons, they are in the community.

Agencies have been involved in ‘community justice’ for many years but it’s only since the Community Justice (Scotland) Act in 2016 that there’s been a legislative duty for this to happen. This led to the setting up of Community Justice Scotland as a national body to reduce reoffending and to play a central role in the continual improvement of Scotland’s justice system.

Key players in local authorities, police, NHS, Scottish Prison Service, Crown Office and Procurator Fiscal Service and others including vital partners in the third sector come together to plan and deliver coordinated services at a local level. This has been the model for the delivery of community justice since the introduction of the act, encompassing people who have done harm, but also those who have been harmed and all of the people and agencies around them in their communities.

Legislation might lay out the responsibilities for partners and agencies and tell them what they need to do, but it does not tell them how to do it. The desire to change, to improve is one thing, but in order to get to that place, we need a clear idea of where exactly we are going.

The Scottish Government has published a strategy for community justice this year – a required update of the original one which accompanied the 2016 Act. Now we are older and wiser, the strategy reflects where a modern justice system can go and what it can be.

However, a strategy remains a two-dimensional piece of paper until the willing and motivated move in the same direction to hear, listen and act on the experiences of those who have been in, through and around the justice system.

All the moving parts of what we call the justice system need to focus on doing the right thing, for the right reason at the right time. The 2022 strategy is a time to refocus on working together and to do that through a trauma-informed and person-centred lens – creating a system that leaves no-one behind.

There are key aspects of the strategy that bring a re-focus and opportunity to keep people out of the system. One is to optimise the use of diversion from prosecution in creative and meaningful ways to help people exit the system at the soonest juncture in a way that is safe, supported and leaves a minimal justice wake in their lives. This is where the Crown Office and Procurator Fiscal Service (COPFS) is able to refer a case to social work – and their partners – as a means of addressing the underlying causes of alleged offending.

The victim-led process of restorative justice, with multi-agency support, offers an option for those who have been harmed to take control and to aim for, where they so wish, understanding and closure: the emphasis being much more on restoration than justice.

For those who, for whatever reason, progress into the justice system, there’s a strategic commitment to ensure that people get access to high quality services and interventions that are tailored to their specific needs while also having a correct and proportionate focus on the protection of those who are vulnerable in our communities.

In order for this to happen, complementary strategies need to run in harmony, such as youth justice and the Equally Safe strategy around violence against women and girls.  Progress will supported through the revamped Outcomes, Performance and Improvement Framework (OPIF), which will help local areas to realise the ambition of the strategy by giving them a tool to drive and support local community justice activity. The OPIF will also help form the basis of the annual overview of the health of community justice across Scotland.

The strategy also recognises the impact of the wider support needed for people – not just when they are in the system. There are also the life-long links of recovery and the practical aspects such as housing, health and employability – all of which need to be in place for people beyond their interaction with the justice system.

This needs the partners, the people and our communities to come together through effective engagement and has to be driven by leaders who are connected, committed and compassionate.

The big question is will this strategy succeed? To answer, I am reminded of motor company magnate Henry Ford who said: “If everyone is moving forward together, then success takes care of itself”.