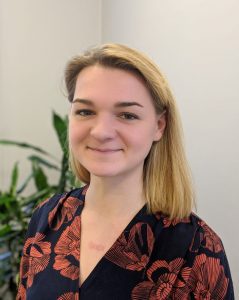 “However well you know the system, it can still work against you.”

These were the words of a professional I met last year, who had recently found herself in the shoes of the clients she worked with day in, day out. Events in her personal life had snowballed, and she was accused of a crime which she knew she hadn’t committed. And, despite over a decade’s experience of working within the justice system – alongside police, social work and the courts – she found herself powerless, and lost. Why did this happen, and how could things have been different? These are questions I wanted to explore in Community Justice Scotland’s research paper: “Rules for Them and Rules for Us”.

Last year, I set about documenting people’s experiences of Scotland’s justice system to shed light on the complexities of the justice process. Only by sharing research and knowledge can we make meaningful improvements for everyone affected by justice: victims, those accused, and communities across Scotland.

I found that people were often motivated to make positive changes to their lives, if services invested the time, support and resources required to address their individual needs – which often lay at the root of their offending. This person-centred approach encouraged individuals to actively engage in the processes to which they were subject.

“The best thing is that [they] are available and willing to help. I know the ball’s in your court and you need to do it yourself, but you’ve got support [to] keep things on track”. The future could look bright when options, processes and the available support were clearly communicated.

Sadly, this was not always the case among those I spoke with. Many accounts were marked by the experience of disempowerment through process. People commonly described their interactions with the justice system as a series of events that had ‘happened’ to them, rather than something they had actively engaged in. One individual in prison remarked, “It’s rules for them and it’s rules for us… It’s always been two systems”.

The binary notion of ‘them and us’ sparked confusion, frustration and hopelessness among so many. The woman described at the start of my blog was found not guilty, and has built a happy and healthy future for herself. But she remarked in retrospect, “when you are the person accused, that flip of power, that flip of knowledge, that flip of understanding, that engulf of fear consumes you.” If someone does not understand the process they are going through, how can we expect positive outcomes – or meaningful payback – from the people navigating our justice system?

Whether you are a professional delivering our vital support services, or a member of the public reading the latest Courts and Crime section in your local newspaper, it’s crucial we remember it is people – brothers, sisters, parents, young people – who are at the heart of our justice system.

So I ask you, the reader – let us consider how we can better support individuals to take ownership of their journey and view themselves as participants, rather than mere subjects, of the justice system.

“…You’d rather sit down and speak to somebody about what actually happened, and maybe it’ll take a couple of weeks, couple of months I don’t know. Then it’s coming to the conclusion that what you were doing was wrong. And you go away and you’ll no do it again, ‘cause you know in your head, it’s already drilled… You’ve already learned… It’s understanding basically.”