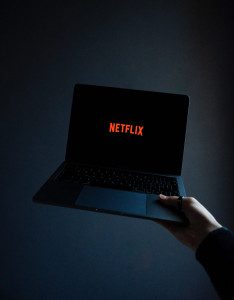 Community Justice Scotland’s Digital Marketing Officer Tash Pile reflects on the ways in which depictions of criminal justice on TV can often be misleading.

Barely a week goes by when there isn’t a new true crime documentary trending on Netflix. Making a Murderer; I Am a Killer; The Devil Next Door… the list goes on.

Yet many of us barely give the justice system a passing thought. It’s fair enough really, if you haven’t come into contact with it, why would you?

That was the position I was in before I joined the Community Justice Scotland team last year. Eight months in, I’ve taken some time to reflect.

1. On Netflix and in the media the depictions of criminal justice and the people who commit crime are made to fit easy-to-digest binaries. It comes down to good versus evil; criminal or member of society; guilty or not guilty. We settle-in with a glass of wine to watch the latest true crime documentary, steeling ourselves to be shocked and entertained. But the crimes shown on Netflix are often extreme, rare and complex examples.

2. “Lock ’em up and throw away the key!” This is an unhelpful mentality and is unlikely to lead to a safer society. Prison actually costs us more as taxpayers than the alternatives (not to mention the physical and emotional disconnection with the outside world that it creates). A Community Payback Order gives the person an opportunity to learn from their mistakes and give back to the community that they have harmed. Statistics show that those with custodial sentences often enter into a cycle of offending as they are not given the chance to learn how to contribute to ‘regular’ society.

3. This leads me to the language we use to talk about criminal justice. We simply don’t have the vocabulary to talk about crime compassionately. Our media outlets can be unhelpful – headlines slashed across newspapers and online: “MONSTER BEHIND BARS!” and “PURE EVIL?” offer no chance to reflect and no impetus to find out more about the person behind the crime. Often (though of course, not always) the person’s life leading up to them committing a crime is just as tragic as the crime itself.

4. Describing the trauma that a person has been through is not “making excuses” for the crime they have committed and is always relevant to mention. As a civilised society we pride ourselves on being compassionate to others who have been through adverse experiences. Why then do we judge the parent who has turned to shoplifting to feed their children but have endless compassion for those who would lose out under government plans to stop funding school meals?

When and how does compassion turn to outrage – and is that helpful?

5. The criminal justice systems in the US and UK are very different. Court process; jury selection; sentencing and much more, work differently. It is important to note these differences if we are to begin to understand what is happening to people who commit crime closer to home and ultimately, to decide if our justice system is fit for purpose in our own society.

We admit that our views about criminals and the criminal justice system are in large part formed by the TV shows we watch and the media we consume.

But in a world that is challenging its binaries and preconceptions in other areas, isn’t it about time we did the same with depiction of crimes and people who commit them?

We need to admit what we don’t know and open ourselves up to learn, if we want to be a part of creating a fairer, safer Scotland.