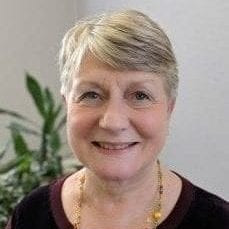 Sheriff Kathrine EC Mackie graduated from the University of Edinburgh BA LLB. She was admitted as a Solicitor in 1978 and practised principally in the field of civil litigation. She was accredited by the Law Society of Scotland as a specialist in Medical Negligence. From 1994 until 1997 she served as the first female President of the Society of Solicitors in the Supreme Courts of Scotland. She was appointed as a Sheriff in 2000, sitting in Edinburgh. In 2010 she was asked by the then Sheriff Principal to examine more efficient and effective means of dealing with cases involving allegations of Domestic Abuse. She chaired a multi-agency group responsible for establishing and monitoring a pilot Domestic Abuse Court in Edinburgh and thereafter, in 2015, a Domestic Abuse Court. She was a member of the former National Group to Address Violence against Women. She was also one of the Sheriffs in Edinburgh designated to deal with actions for personal injury with all Scotland jurisdiction, was a former chair of the Edinburgh Sheriff Court Personal Injury Users Group and was a member of the Scottish Civil Justice Council Personal Injury Committee and the Court of Session PI Users Group. She is also a member of the Howard League Scotland and a regular contributor at meetings of SASO.” Sheriff Mackie retired from the judiciary in April 2018.