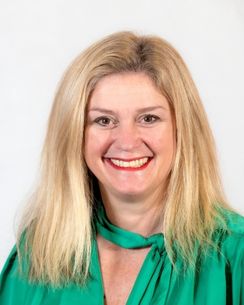 As senior communications manager Maria’s work involves dealing with press, PR and campaigns to raise awareness of community justice as an effective sentencing option, to reduce offending, cut the number of future victims and improve lives. Her role includes promoting the work of Community Justice Scotland, generating content, positive coverage and supporting other members of the team with columns, blogs, press quotes and media opportunities.

Maria has more than 30 years’ experience in the media industry, working across national newspapers, magazines and digital.
She was previously a feature writer at the Daily Record and Sunday Mail covering all types of stories with a particular interest in giving people a voice through sharing their experience on a national platform.

Other work as a freelance media consultant included working with PRs, media training, pitching, selling and writing stories for a range of national newspapers, magazines and digital sites.

She has also been a commissioning editor on a national women’s weekly magazine and worked as a TV/entertainments editor specialising in film.