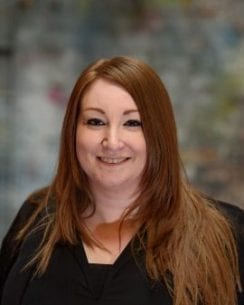 Emma currently helps set-up the processes for research in the organisation. She is part of the Improvement Team and looks at areas such as Diversion from Prosecution, the Presumption Against Short Term Sentences and the Justice Outcomes Star.

Emma worked with the Scottish Prison Service (SPS) from 2011 until she moved to Community Justice Scotland in 2017. She had a number of roles at SPS – most recently at SPS HQ as a Research Analyst, prior to this as Project Officer for Purposeful Activity. Before moving to SPS HQ she was based in HMP Glenochil at which she had a number of roles including Psychology Assistant, HDC/MAPPA Co-ordinator and ICM Assistant. Through these roles she gained a good understanding of the prison and its processes.

She has an MSc In Psychological Research Methods and BA (Hons) in Psychology.