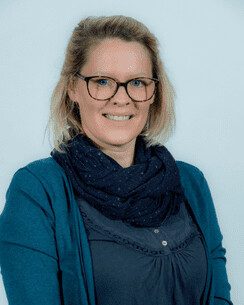 Within the Community Justice Scotland’s team, Claire has overall responsibility for the management and administration of the throughcare and mentoring budget.

Claire has over 20 years’ experience of working across both voluntary and statutory sectors. Initially, spending almost 9 years working for a drug and alcohol misuse support and education charity which predominantly focussed on young people, many leaving and entering the criminal justice system. She then moved on to work with Borders ADP as their alcohol development officer.

Claire then moved to work within the world of grants, funding and participatory budgeting. Working as Scottish Borders Councils, Funding Officer within the Communities & Partnerships team, directly supporting communities to identify need, build local area plans and distribute funding for projects of all scale and size.

Most recently, she worked for Volunteer Centre Borders as their Chief Officer as well as one of the four partners within Borders Third Sector Interface, before taking up her post with Community Justice Scotland