Sometimes when we consider the complexity of society and the tremendous challenges it offers us, it can feel overwhelming. 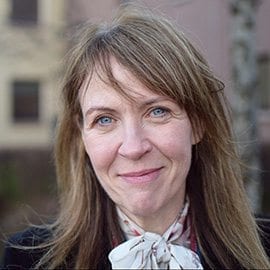 Deprivation, homelessness, crime, disease – organisations, processes and plans can seem like feeble tools in the face of such insurmountable problems.

It’s true there is much to do; the prison population is stubbornly high, too many children suffer the worst of outcomes and our communities still struggle with the blight of poverty. But although it may not feel like it, we are always being presented with the opportunity to make real change – the trick is to recognise and seize it.

“And when that means changing the destiny of some of the most excluded in society, improving outcomes for them, their children and their children’s children, we must all rise to the challenge.”

Our incarceration rate is one of our biggest public health problems. Once someone is infected by it, it often becomes chronic – and then it starts to spread. More than half of those leaving prison are reconvicted within a year of release and the children of prisoners are much more likely to end up in the criminal justice system.

So how do we deal with those who present to us in the criminal justice arena? We spend many hundreds of millions on imprisonment and justice but the results – despite huge efforts – are nowhere near where they need to be.

I know our prisons are essential – I have dealt with many people who need to be locked-up for the public’s safety.

Our prison system deals with many of the most damaged and damaging people in Scotland, and my colleagues in SPS are committed to transforming the lives of those in their establishments. 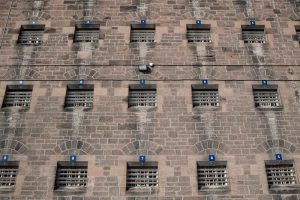 We know that if nothing else is offered the law and prison will be used as primary shield against crime. Yet we know that justice delivered in a community setting can transform individuals, whilst repaying their debt to the victims and communities.

We know that less than a third of those on Community Payback Orders reoffend and we know that the right support, given at the right time can prevent offending, improving lives for every one of us; those at risk of offending, their families and the community.

We have a strong body of evidence around what works to reduce offending, but it’s not being used consistently. For those that know me, they will know that I have a passion for prevention at early years, for those at risk and indeed in preventing further offending or victimisation. Prevention is mentioned in every meeting I attend, we seem to know what we want to do, it’s our ability to deliver it is often the challenge (and I include myself in that).

My colleagues and I have spent the past few weeks meeting with our partners across the country; those on the front line, those who support them and those who train them; police, prison and community payback colleagues; local authorities, third sector organisations, academics and people whose lives have been touched by crime and the justice system. We have seen the great work that is happening all over Scotland and we are ready to champion and support it – and likewise, we will not shy away from recognising what isn’t working.

“We have the evidence and we have the skills – we must now find the bravery and leadership to put this country at the forefront of prevention and community justice.”

I do not underestimate the challenge, and neither will you…but I know that the view will be worth the climb.