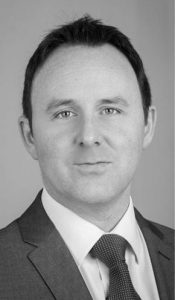 The majority of Defence Lawyers enter the job wanting to help people, and I’m no exception to that. But, I’ll be honest with you. There’s been moments in my career where I’ve become jaded. I’ve thought everyone is “at it” and I’ve experienced flashes of resentment, especially when clients want to speak to you at 3am!

However, over the past two years or so, I’ve had something of an epiphany with my job. My first thought now isn’t processes or systems, it’s people. Yes, people (not “punters”) and what makes some people tick – or more than likely what stops them ticking.

Let me rewind. I stumbled across the science of Adverse Childhood Experiences (ACEs) back in 2018. I didn’t know anything about ACEs, or childhood trauma, at the time. But, the more I started to research it, the more things started to click. A client, who seemingly “enjoyed” heroin and alcohol, didn’t enjoy it at all. It was an action to suppress pain and trauma. Others are constantly angry and unable to self-regulate. They will tell you to “F*** off” when they really want you to listen and care.

Trauma does not touch every case, nor may it be relevant, but where it prevails it is the single biggest contributor to offending behaviours. I implore the judge, the practitioners providing support, the public, our communities, you –  to look upon the person as a person, not a criminal. The crime is what they have committed rather than who they are.

So with that in mind, take a second and think about, Brendon. Abused as a child, his ribs broken at 8 months old. He was alone, in and out of Care and disengaged for most his childhood. At 13, he was given heroin by his mum. Years later, upon entering the criminal justice system, he faced more adverse experiences.

What I saw was pure helplessness in a person who had been born a ‘write off’.

After breaching his Community Payback Order, Brendon was back in court in front of the judge. Although she appeared annoyed at Brendon’s “failure” she understood his efforts to improve his life with help from Aid & Abet, the Rock Trust and other services.

He was given only a snippet of praise by the judge, wide-eyed & hopeful at the door of court, he said: “no one has ever spoken to me like that!”

Being trauma-informed is brave. It requires a leap of faith from everyone involved. The wide range of services, such as courts, police, and social work, that work across different stages of the Scottish justice system. As well as many others across health, housing, employability and education, which may interlink with the system. It’s vital we all work together in different ways and at various stages of the justice process to tackle the underlying causes of crime by offering treatment, rehabilitation, training and support. This is smart justice.

A judge asked me how many chances someone should get, my reply – as many as it takes to fix, heal and restore a person. There is room to punish, but if that is your main goal you’ll never repair or reform a broken individual.

I believe in people and I make no apologies for how naff that may sound! You can’t see what I see every day and not be moved. I see trauma and scars close up. I can give people a voice in court and I can signpost resources.

Our Talking Justice blog series brings together reflections from across our society. We are committed to changing the conversation about justice, increasing understanding and support for what will make Scotland better for all of us. To that end, we have have created a resource that maps out the Scottish justice system. This has been developed into an interactive digital tool: Navigating Scotland’s Justice System.