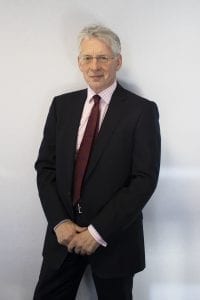 Lindsay Montgomery CBE has substantial experience of Scotland’s Justice Sector, Public Administration, Public Services Reform and the Charity Sector. He was Chief Executive of the Scottish Legal Aid Board from 1999 to 2015. During that period he was a Member of the Scottish Government’s Justice Board and many other Boards, Committees and Reviews of the Justice system in Scotland. He was Chair of the New Departmental Public Bodies Chief Executive Forum from 2002 to 2015. Previous public sector roles include Director of Resources for Scottish Natural Heritage and HM Treasury.

Lindsay was a Board Member of the Office of Scottish Charity Regulator (OSCR) from its inception and was Deputy Chair from 2008 to 2014. His other current roles include Visiting Professor to The School of Law at the University of Strathclyde, Vice Chair of the International Legal Aid Group, Chair of the Scottish Government Digital Transformation Board, Chair of OSCR, and Chair of the environmental charity Keep Scotland Beautiful. Lindsay was awarded a CBE for services to the administration of Justice in 2009.