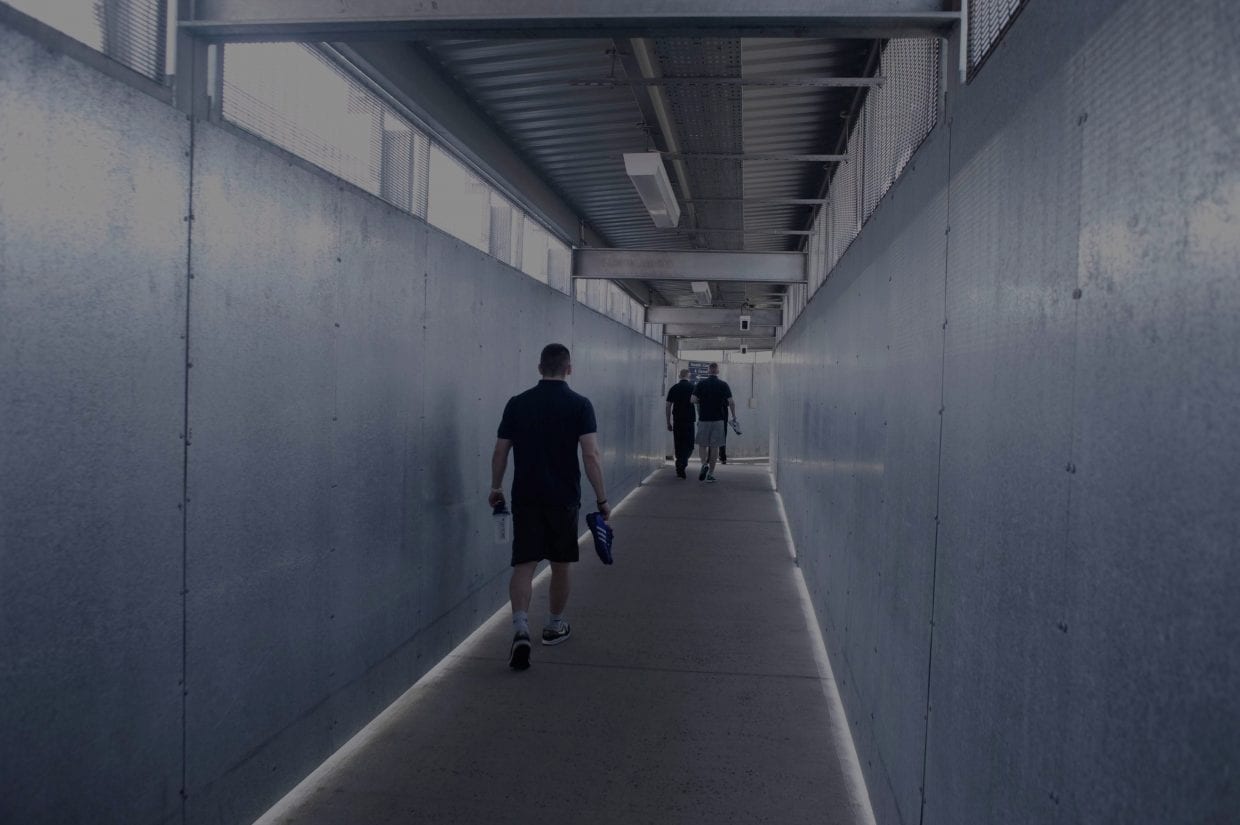 “I just thought fighting my way through life was the right way to do things,” says Des, reflecting on a childhood dominated by alcohol, drugs and violence.

When I was 9 or 10, I was hanging around with guys who were 15 and 16, smoking weed, taking drugs and drinking. I just followed along with them.

Des’s home life was a mess. His parents had split up, his mum was using drugs, her boyfriend would beat him when he got into trouble with the Police and he’d run away from home regularly. He didn’t even start school until Primary 5 and got kicked out in second year of secondary.

Understandably, he was an angry child. “I fought against everything,” he says. His social workers refused to put him in care and his mother said she could cope when in reality, “she was out every night partying smoking weed, taking cocaine and speed” and leaving Des and his sisters to look after themselves.

I really didn’t know any other way of life until I was about 13 or 14 and that’s a bit late to be learning the right way of life.

Shortly after his 16th birthday, Des got a jail sentence for a serious assault with a permanent disfigurement. He was sent to Polmont Young Offenders Institution. “I thought I was a big man until I went in there,” he admits. “I quickly realised that jail isn’t for me but when I got back out I just fell back in with the same crowd and it all spiraled out of control again.”

While Des was in Polmont, his girlfriend gave birth to their daughter. Ten days after Des was released, the child died. “I went on a mad stream,” he recalls, “I just started drinking, taking drugs and sleeping around. I got another girl pregnant.”

She had a stillborn boy.

I thought at that point I needed to sort myself out and become a better person. But I was still taking drugs. I wasn’t getting in as much trouble with the police but I just had one of those faces where they just kept pulling me all the time. I just found it annoying and thought if they’re going to keep pulling me, they may as well be pulling me for a reason.

Des started taking cocaine and speed. He was breaking into cars stealing phones and radios to get a bit of money to feed his drug habit.

He tried moving to England and went to college to study sports coaching. He got involved in a relationship but it soon broke up and he moved back to Scotland. “I thought I was strong enough not to fall back into my old ways at that point but when I came back up I met up with the same people.”

Des managed to get a job. He met a girl who already had a daughter. “I thought we can have a wee happy family here,” he says but one night after work he was randomly attacked by a guy who swung a metal bar at his head. “He swung it at me and fell over. I thought if I let him back up, he’ll kill me so I kicked him while he was down.”

Having been in training to become an MMA fighter, Des knew his way round a fight. He cracked the attacker’s ribs and punctured his lung. “I think that was the first time in my life that I ever told the police that I’d hit some one and been honest about it but I still got put in prison for it.” Despite his protestations of self-defence, he was charged with assault. The case went on for a year and a half. He ended up with a 16 month custodial sentence.

In the time between the assault and starting his sentence, Des had re-established a relationship and set up home. The focus of having somewhere to go when he got out of prison made a difference. While inside, he concentrated on education, studying Maths and English as well as passing certificates in food and hygiene and health and safety. “I picked up more qualifications in prison than I did in school,” he laughs.

Des was then released on ‘home detention curfew’ so he was tagged and had to be at home between the hours of 7am and 7pm. Living with a partner with two children, he tried to get a job.

Des got help from the Wise Group, a social enterprise that works with ex-offenders to help them rehabilitate. They got him food from the food bank, helped him settle back home and then got him a job interview for a short term contract at the Edinburgh Military Tattoo.

Nobody would employ me because I was tagged. I had no money to live on and the job centre just told me it was my own fault that I’d lost my job and been in prison.

“I thought, great, then the woman from Wise Group said to me the only thing is it’s with Police Scotland! I thought ‘no chance’, this is a set up, they’re just going to get me arrested again.”

His suspicions were unfounded. He went to the interview and met the team from the Violence Reduction Unit. The interview went well and he got involved in a project that included a cycle from Glasgow to Fraserburgh. Eight ex-convicts, a police officer, a sheriff, a surgeon and two army guys on the road together for four days.

He then had “an amazing experience” of working at the Tattoo but after that was back into unemployment. After a few months, he was approached by Keith Jack from the VRU who had a job interview for him with the Medics Against Violence charity. He started working with schools telling children about his life. After that six month post he got an opportunity to become a trainee chef with The People’s Development Trust’s Legacy Hub Café.

A chance to change

I want to work in the kitchen and I also want to help people who’ve been in prison to sustain a healthy lifestyle. I’ve been given the opportunity to change my life and I want to share that with others. I have a criminal record as long as my arm. It’s absolutely disgusting but people have reached out to me and given me a chance. They’ve helped me to change my life and the more I can sustain this then anything’s possible.