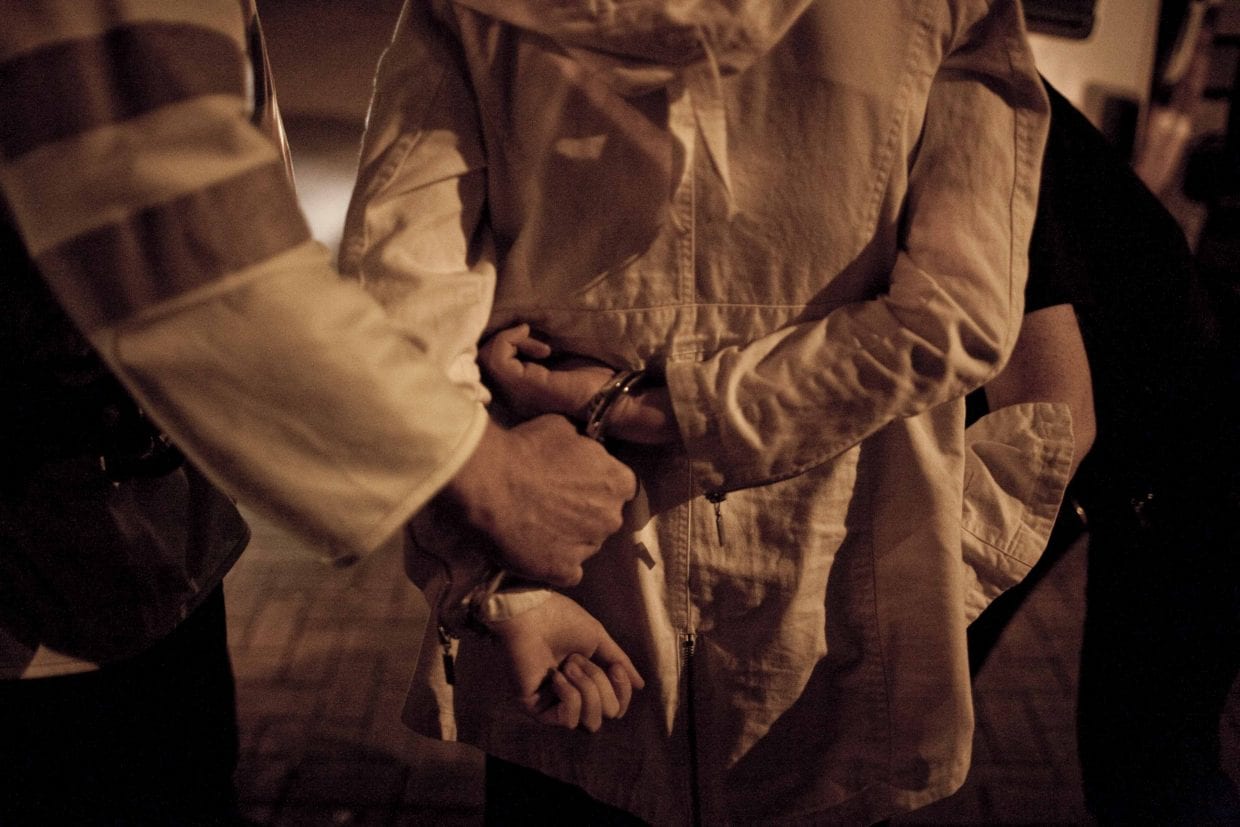 “I was born into a family system that was involved in criminality,” says James, now a successful mentor working with vulnerable young people but once a criminal with a grim record of offences. “It wasn’t a career choice for me it was just the way it was. It was natural.”

Though James insists his family didn’t want him involved in crime, he instinctively followed the example of those around him. By age 7, he was already part of the criminal justice system and surrounded by peers with similar chaotic starts in life. Together, they caused havoc in one of Glasgow’s tougher housing schemes.

As his home life went from bad to worse, James was increasingly involved in trouble with the authorities.

My parents used to split up a lot so I spent a lot of time in Women’s Refuges. “I’d also be going to Children’s Panels to face 20 or 30 charges at a time. It was like swimming underwater and I just held my breath while all these adults sat making decisions about my life. I never felt anyone understood me and my parents would sit in panels and defend me then punish me later.

By 15 years old, things got really serious when James received a custodial sentence for for violent behaviour. He spent a night in Barlinnie Prison followed by a few days in a young offenders’ institution before beginning a year’s sentence in a secure care unit. “I was terrified and I cried myself to sleep,” he says, recalling the bewilderment and fear he felt being locked up in an adult prison for the first time.

When James describes the secure unit, it’s hard not to feel uncomfortable. Unruly kids who were a nuisance elsewhere in the care system found themselves locked up alongside young people serving life sentences for serious crimes including murder. For James, the experience only compounded his anger and anxieties – but worse was waiting in the outside world.

Released from the secure unit, he returned to the nightmare of family life. His mother had “spiraled into chronic alcoholism” and at 16, James found himself living between friends’ houses and his mother’s, shouldering the increasing responsibility to deal with her alcoholism.

It was just chaos. My dad was away with another woman and my mum was dying with alcoholism. I’d find her having alcoholic seizures or covered in blood because she’d fallen and split her head open. I can’t remember the number of times I had to take her to hospital.

Angry and confused, James resorted to violence. Running with gangs in his housing scheme, fighting in nightclubs and pubs, you name it, he was involved in it. When he was drunk, he was wild. “If there was a perceived threat of violence, I would act first,” he says. He tried to escape with a brief spell living in England but the guilt of abandoning his mother dragged him back.

His offending grew out of control, his sole ambition in life became staying out of prison for Christmas. He managed it one year – and started a fight on New Year’s night that ended up with himself, his father and an older brother stabbed.

With a court appearance always on the horizon, James couldn’t see the point of trying to straighten out. Why get a job or training when he’d be in jail again soon? The constant churn of charges, remand and short sentences only increased James’ hopelessness.

The turning point came when James found himself in a violent running feud with a childhood friend. Protecting his ‘hard man’ reputation, the violence got out of control. Numerous fights, a broken cheekbone for James and a series of violent incidents came to a horrific head when the two got into a fight at a bus stop. To the horror of passers-by, James’ friend fell under a bus and was killed instantly.

James was devastated “I wanted revenge. I wanted to punish him… but I didn’t want him to lose his life.”

Initially charged with murder, he pled guilty (despite his lawyer believing he could have defended the charge) to a reduced charge of Culpable Homicide. “I didn’t want to put his family through a trial,” he says.

But going straight isn’t easy. “My last offence is culpable homicide,” says James. “People see that when I go for a job. I have to live with the shame and disgrace of it. When I got out of prison, I felt hunted in my housing scheme and I knew people wanted revenge for what had happened.”

Retaliation wasn’t far away. James was attacked on his doorstep by the victim’s brother who hit him with a machete, narrowly missing an artery. “There was no desire for me to get any revenge for that attack. Part of me felt I deserved it and I was still punishing myself years later for what had happened at that bus stop.”

After serving over half of his sentence, James was released on parole. But he didn’t trust his probation officer. He didn’t trust the police. He was back in his old world facing all the challenges and chaos from his teenage years combined with the fear of reprisal from his victim’s family.

However, a timely intervention made all the difference. A mentor with similar ‘lived experience’ took an interest in James. “He laid his life out in front of me. He said this is who I am and where I’ve been. This what it was like for me and how I turned it all around.”

James was blown away. He’d never met anyone who had been involved in criminality that had got out the other side and become someone with a productive lifestyle. “My old life kept sucking me back but he was a vision of hope for me. He showed me it could be done and, more importantly, he showed me how he did it.”

So James sought treatment for the addiction to painkillers he’d developed in Shotts Prison. At the treatment centre, a therapist recommended trauma counselling and that led to another breakthrough.

With new-found confidence, James enrolled at college to study social care. Despite doubts that his previous convictions would bar him from a getting disclosure to practice in social care, he pressed on, encouraged by his mentor who assured him someone would be interested in his insight and skills.

I’ve never been the same since. The grief process I went through was like nothing else I’ve experienced in my whole life. I cried for weeks and they supported me throughout.

Inevitably, there were setbacks. A failed relationship was followed by a period of drinking and turmoil. He decided he had to leave his housing scheme and all the baggage associated with it, but ended up spending 21 months in a homeless unit in central Glasgow alongside drug addicts and alcoholics.

But James got himself sober. He was then introduced to the Scottish Violence Reduction Unit – an innovative programme at that time operated by Strathclyde Police. “I met this copper in a café and he said to me: ‘We’re locking people up for gang fighting then we let them out and they do it all over again. We’re getting it wrong. I’m sick of locking them up and I’m sick of watching them killing each other. We’re getting it wrong and we need to do something different’.”

James got it instantly and wanted to help. He was invited to speak at a meeting with young people involved in Glasgow’s gangs. He became a volunteer. Gradually, things started to change for the better. He got his own place to live, he got a job with a children’s charity and then became a mentor with the Violence Reduction Unit.

“I still had difficulties. It isn’t easy walking away from that lifestyle – especially when your family is still entrenched in it,” he admits. James is still alienated by some members of his family. “I’m on the opposite side of the street from them now.”

“I have a new frame of reference for my life,” he says. He also has purpose and a sense of duty. Working with the VRU, he’s living proof to others that not only can they change but they can also change the world around them for the better.

He puts great stock in the personal relationships that saved his life and works hard to be there for others.

You need support. You can’t do it yourself. Being vulnerable is the very thing that saves you and if you ask for help, people show up. People gave me another chance and if it wasn’t for them, I wouldn’t be here today.